Posted by Moon Rouge on April 23, 2016
Posted in: Uncategorized. 4 Comments 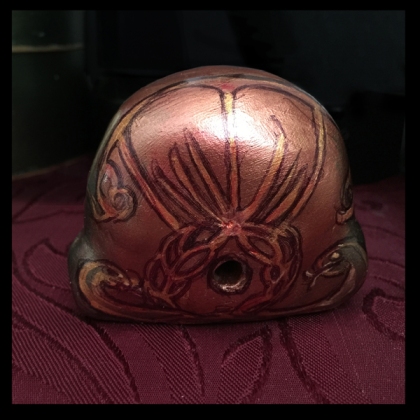 The Snaptun Stone, also known and called Loki’s Sone, is a hearth stone, from around 1000 CE. It was found in 1950 near to Snaptun in Denmark. Because it depicts deity with sewn lips, it is believed to portray Loki.
Here is my small and ‘very free version’ of Snaptun Stone, front and back.
The leftover Sculpey was used for a set of one with symbols and four tiny ‘rune dice’.

4 comments on “Loki’s Stone and Dice”